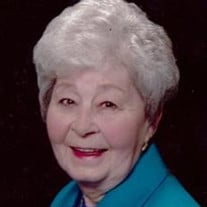 Betty (Elizabeth) Wehrkamp Cook, age 87, of Celina, passed away at the Celina Manor on May 8, 2017, at 7:40 pm. She was born July 19, 1929 in Carthagena to Fred and Cecelia (Osterfeld) Wehrkamp, both preceded her in death. She married Grant Cook, Jr. on June 17, 1950 in Carthagena, and he preceded her in death on December 30, 2003. Survivors include a daughter, Sharon Reineke, Celina; two sons, Douglas (Alice) Cook, Stephen (Sue) Cook, both of Celina; two sisters, Mary Ann Keller, St. Marys, and Ruth Romer, Naples, FL; grandchildren, Troy Reineke, and Amanda Cook; step grandchildren, Cory Shiverdecker, and Katie Dabbelt; and step great grandchildren, Harrison, and Annabella Dabbelt. Also preceded in death by a sister, Evelyn (Jack) Lantz; and three brothers, Cletus, Cyril, and Fred, Jr. Wehrkamp. Betty was a 1947 graduate of Coldwater High School. She was a member of the Immaculate Conception Church, Alter Rosary Society, Ohio Elections Officials Assoc., Chairwomen of the Mercer County Board of Elections, Democratic National committee; Past President, Secretary, Vice Pres., and Treasurer of the Democratic Women’s Organization; past Chair, Vice Chair, Treasurer and Secretary of the Mercer County Executive committee; Ars Nova Club, and Democrat of the year in 1994 and 2007. Visitation hours will be from 2 - 6 pm on Sunday, May 14, 2017, in Cisco Funeral Home, Celina. Mass of Christian burial and the celebration of her life will begin at 10:30 am on Monday morning May 15, 2017 in the Immaculate Conception Catholic Church, Celina, with Fr. Kenneth Alt C.PP.S., officiating. The family will also receive friends one hour prior to the funeral mass at the funeral home. Burial will follow at St. Marys Catholic Cemetery, Celina. Memorial Contributions may be made to the Immaculate Conception Endowment Fund, to benefit I.C. School. Please leave online condolences to the family at www.ciscofuneralhome.com

Betty (Elizabeth) Wehrkamp Cook, age 87, of Celina, passed away at the Celina Manor on May 8, 2017, at 7:40 pm. She was born July 19, 1929 in Carthagena to Fred and Cecelia (Osterfeld) Wehrkamp, both preceded her in death. She married Grant... View Obituary & Service Information

The family of Betty Cook created this Life Tributes page to make it easy to share your memories.

Send flowers to the Cook family.