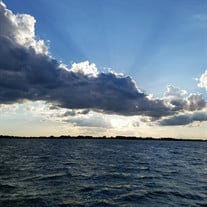 Bobby R. Haynes, age 68, of Rockford, Ohio, died on Sunday, December 3, 2017 at his residence surrounded by his family. He was born August 13, 1949 to the late Willard and Mayben (Boggs) Haynes. On May 8, 1971 he married Linda (Sealscott) Haynes, and she survives at the residence. Other survivors include a son, Travis Haynes, Rockford; a daughter, Terri (Todd) McKee, Rockford; a sister, Carol (Jerry) Noll, Celina; a brother, Oscar (Vicki) Haynes, Celina; six grandchildren, Kylie McKee, Tristen McKee, Bradyn McKee, Miranda Haynes, Dolan Haynes, and Emma Haynes; and one great grandson, Ronan McKee. Also preceded in death by a sister, Rouie Reed. Bobby served his country in the United States Marines during the Vietnam era. He retired as a truck driver after 30 plus years of service. He was a member of Celina VFW Post #5713, Decatur Moose Lodge 1311, and American Legion Post #207 of Willshire. Memorial Services will begin at 4:00 pm, Thursday, December 7, 2017 in Cisco Funeral Home, Celina, OH, with Pastor Mark Rutledge officiating; where the family will receive friends 2:00 – 4:00 pm prior to the service at the funeral home. Memorial contributions can be made to CHP Home Care and Hospice, Celina. Please leave a condolence to the family @ www.ciscofuneralhome.com

The family of Bobby R. Haynes created this Life Tributes page to make it easy to share your memories.

Send flowers to the Haynes family.