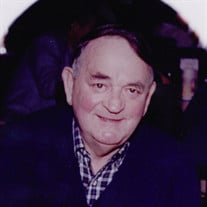 Carl Nichols -------------------------------------------------------------------------------- Carl Fries Nichols, 84, of Celina, Ohio passed away August 6, 2014 at Mercer Health, Coldwater. He was born January 26, 1930 in Fairmont, West Virginia to James and Mildred Keating Nichols. He is survived by his wife Bonnie Marie Nichols for over 40 years. She remains in Celina. His children include Mark Bartlett of Bay City, Michigan, Cindy Gath of Baldwin, Michigan, Sheri Singer of Lima, Ohio, Dianne Schmidt and Marcy Moore of Celina, Ohio. He will be fondly remembered by his 11 grandchildren. He was preceded in death by his brother John Nichols of Fairmont and survived by sisters Sarah Renner, Cecilia Slaughter, and Margaret Ann Mayhew all of Fairmont, West Virginia. He proudly served his country in the US Navy in the 1950s before graduating from Fairmont State University in West Virginia where he was a member of the Tau Beta Iota Fraternity. He was district sales manager for AllState Insurance Company and during his tenure won three prestigious "Key Man" awards. He worked at Celina Group Insurance Company for 20 years as Division Sales Manager for Training. He also taught the Life Licensing School for the Ohio Professional Insurance Agents Association. After retirement, he served as Jefferson Township Clerk. Member of the Immaculate Conception Catholic Church and active in Celina combined charities. Life Member of the Celina Moose, Eagles, American Legion, and VFW. He ejoyed his years on his 40 acre farm outside of Celina. He was a master gardener, avid outdoorsman, and loved being a part time farmer. Calling hours are on Friday from 5-7PM at Cisco Funeral Home, Celina. Services will be held at 10AM on Saturday morning at the Immaculate Conception Catholic Church with Father Charles Obinwa officiating. Burial will follow at St. Mary's Catholic Cemetery. In lieu of flowers - donations made to food pantry.

The family of Carl Nichols created this Life Tributes page to make it easy to share your memories.

Send flowers to the Nichols family.