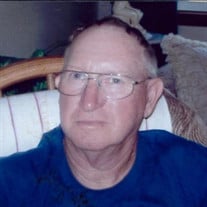 Daniel R. Webb, age 76, of Mendon, Ohio, passed away at 1:53 pm on August 10, 2020 at the Joint Township District Memorial Hospital in St. Marys. He was born on December 4, 1943 in Van Wert, Ohio to the late Robert “Jake” & Virginia (Simpson) Webb. On July 19, 1969 he married Lillie (Muck) Webb who survives at their residence in Mendon. Daniel is survived by his loving wife, Lillie Webb; his two children who he adored, Sheila (John) Butler of Mendon and Brian (Amy) Webb of Mendon; a brother, Gary Webb of Mendon; a sister, RoxAnn (Mike) Ringer of Coldwater, Michigan; three grandchildren, Kean Butler, Kayla Webb, and Briana Webb; two great grandchildren, Karsyn Rosier (Butler) and Kali Butler; and five nephews. Daniel was a 1961 graduate of Mendon High School. He retired after 35 years of employment from Goodyear Tire Co. in St. Marys and was a past member of the USW as well as serving as a union representative. Daniel proudly served his country in the United States National Guard and was very active with his duties. You could find Daniel spending time outdoors, either it be his love for fishing or hunting. Daniel was an avid gun and die cast car collector and enjoyed buying and fixing up golf carts. He spent countless hours working in his garage, he was always busy doing something. Most important to Daniel was his love for his family. He spent hours playing cards with his grandkids, spending time with his family and most importantly he loved Lillie and the time they were able to spend together. Please note, at this time there will be no public services held for Daniel, the family has elected to hold a private service. Private burial will be held on Saturday in Mendon Cemetery. Memorial contributions can be made to the Salvation Army – 1180 S. Washington St., Van Wert, OH 45891. Cisco Funeral Homes are honored to care for Daniel and his family. To pay respects and to leave online condolences and memories, visit www.ciscofuneralhome.com or visit the Cisco Funeral Homes Facebook page. Funeral Services have been entrusted to Cisco Funeral Homes in Celina and St. Marys.

The family of Daniel R. Webb created this Life Tributes page to make it easy to share your memories.

Send flowers to the Webb family.