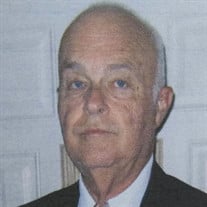 Gary Alan Crull (82), formerly of Columbus, Ohio, died June 14, 2022, at Vancrest Nursing Home in St. Marys, Ohio of natural causes. He was the only child born to Marlin and Opal (Johnson) Crull on March 25, 1940, in Connersville, Indiana. He grew up in Washington Twp, Rush County, Indiana, where he attended grade school at Raleigh. He later transferred to Straughn High School in Henry County, Indiana, where he graduated in 1958. He went on to graduate from Ball State University in Muncie, Indiana in 1962, and he married Kathy N. Wright, daughter of William and Phyllis (Pettigrew) Wright, in Sheridan, Indiana, on August 31, 1962. He was an information Technology professional for 40 years, having held a civilian position at Wright-Patterson AFB in Dayton, Ohio, and worked at Ohio University in Athens, Ohio. From 1968 until his retirement in 1999 he was employed by Columbia Gas (NiSource) in Columbus, Ohio. His interests were all geared toward the outdoors: gardening, tending to his flowers and yard, and spending time at his second home in the Colorado Rockies. In the Rockies he enjoyed walks, photographing the beauty around him, and time spent doing those activities when his family was able to visit. His lifetime hobby was family history and genealogy, at which he spent countless hours. He was also a member of the Amazing Grace Christian Church in Grove City, Ohio. He was preceded in death by his parents and wife. He is survived by daughters Lisa (Richard) Neuman of New Knoxville, Ohio, and Marci (Dave) Hay of Springfield, Ohio; along with grandchildren Samantha Neuman, and Moraine, Jonah, and Grace Hay. Private services were held graveside at Zion Cemetery, Rush County, Indiana. Burial was beside his wife and parents. Cisco Funeral Homes of Celina & St. Marys are honored to care for Gary and his family. To pay respects and to leave online condolences or memories, visit www.ciscofuneralhome.com or Cisco Funeral Home Facebook page.

The family of Gary Alan Crull created this Life Tributes page to make it easy to share your memories.

Send flowers to the Crull family.