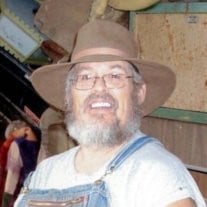 Gary L. “Gizmo” Gossard Sr. 62 of Celina, passed away, Wednesday, August 14, 2013 in St. Rita Hospital, Lima.He was born December 12, 1950 in Celina, Ohio the son of the late Melvin and Maxine (Zwiebel) Gossard. He was a 1969 graduate of St. Mary’s Memorial High School. Gary was a member of the Beaver Chapel Church. He enjoyed hunting and collecting Indian artifacts. He also enjoyed helping with auctions. He loved meeting and talking with people and children. Gary is survived by his wife, whom he married June 27, 1970, Vickie (Ward) Gossard, son, Gary (Darlene) Gossard of Van Wert, sisters, Carolyn (Lanny) Arnold of Celina and Marilyn (Dale) Moore of Wapakoneta, brothers and sisters-in-laws, Karla (Roger) Endicott of Celina, Rocky (Jerry) Burk of Celina, Bill (Teena) Ward of St. Marys, Carl (Beverly) Ward of Troy, Kathleen (Tony) Black of Wren and Tim Ward of Celina, as well as numerous nieces and nephews. He is preceeded in death by his parents, brother, Larry Gossard, father and mother-in-law, Charles and Joyce Ward and brother-in-law, Peter. Visitation will be held from 3-6 p.m. on Monday, August 19, 2013 in the Cisco Funeral Home, Celina; where Memorial Service will follow at 6:00 p.m. with Pastor Tom Christen officiating. In lieu of flowers, memorial contributions may be made to the Gary’s Family. Condolences may be expressed to the family at www.ciscofuneralhome.com.

The family of Gary "Gizmo" L. Gossard Sr created this Life Tributes page to make it easy to share your memories.

Send flowers to the Gossard family.