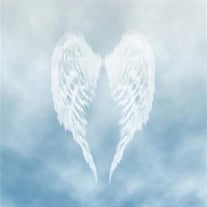 James W. Hollandsworth, age 72, of St. Marys, OH, died at 9:40 am, on Monday, March 20, 2017 at Lima Memorial Hospital, Lima, OH. He was born March 25, 1944 in Woodbury, TN to James and Eldia (Womack) Hollandsworth; both preceded him in death. On March 16, 1983 he married Gloria J. Myers and she survives at the residence in St. Marys. Other survivors include a son, Kristopher (Amy) Hollandsworth, St. Marys; two daughters, Kelly Lynn (Randy) Reck, St. Marys, and Kimberly Sue Turner, St. Marys; a brother, Gary Hollandsworth, Woodbury, TN; ten grandchildren; seven great grandchildren; and many nieces and nephews. He was also preceded in death by a brother, Gregory Hollandsworth; and a great grandson, Kole Mathew Atkins. He retired as a truck driver from Parker Hannifin, St. Marys after 19 years of service; where he received an award for over 1 million miles of safe driving. Private memorial services will be held at the convenience of the family. Funeral arrangements have been entrusted to Cisco Funeral Home, St. Marys, OH. Please leave a condolence to the family @ www.ciscofuneralhome.com

The family of James W. Hollandsworth created this Life Tributes page to make it easy to share your memories.

Send flowers to the Hollandsworth family.