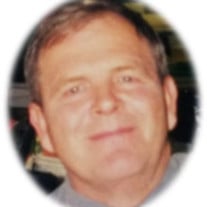 James L. Sealscott (Jimmy Lee) 67, of St. Marys, passed away on April 9, 2017 at St. Rita’s Hospital in Lima following a battle with cancer. He was born May 23, 1949 in St. Marys to the late Leo and Jean (McDonald) Sealscott. James is survived by his beloved wife of 50 years, Patricia (Sheaks); his three children: Angela Borger of St. Marys, Holly (David) Now of St. Marys, and Tige (Johanna) Sealscott of Tampa, FL; four grandchildren: Allison and Arica Buschur, and Chance and Cameron Now; and French Bulldog, Reuben; his brother, John (Jackie) Sealscott. In addition to his parents, James is also preceded in death by his brother, Gerald (Jerry) Sealscott. James was a dedicated husband, father, grandfather, and friend. In 1966, James married Patricia Sheaks, James and Patricia celebrated their 50th wedding anniversary in July 2016. He graduated from Memorial High School in 1967, and graduated with his Associates Degree from Wright State University in 1982. James retired from Goodyear Tire and Rubber Company after 36 years of service. Upon retirement, James and Patricia spent their winters in their Florida home. James could often be seen tending to his tree farm, working in his woods, and building a number of woodworking projects in his pole barn, including boot jacks. He also enjoyed spending spring and summer day’s crusing on his Harley. He was truly a blessing to the lives of many. Funeral services will begin at 6:00 pm, April 13, 2017 in Cisco Funeral Home, St. Marys, OH, with Chaplain Herb Wilker officiating; where the family will receive friends from 2 – 6 pm prior to the service at the funeral home. Donations may be made to the Cancer Association of Auglaize County, 120 S. Front Street, St. Marys. Friends and family may offer their condolences to the Sealscott family through the Cisco Funeral Home in St. Marys, by visiting http://www.ciscofuneralhome.com/.

The family of James L. Sealscott created this Life Tributes page to make it easy to share your memories.

Send flowers to the Sealscott family.