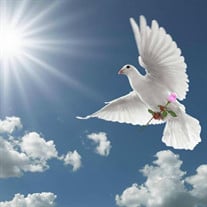 Janet M. Koenig, age 93, of New Bremen, Ohio, died peacefully on October 24, 2020 at Elmwood Assisted Living in New Bremen. Janet was born September 23, 1927 in Van Wert County, Ohio to the late Ora and Ruth (Sperry) Lybarger. The family moved to the Buckland area and Janet graduated from Buckland High School. Janet was married to Paul R. Koenig, who preceded her in death on April 18, 2011. Paul and Janet lived their entire married life on an 80 acre farm one mile east of New Bremen. Janet remained there after Paul’s death until September 2019 when she moved to Elmwood Assisted Living of New Bremen. Janet worked at Advance Auto in New Bremen for many years and then worked for Crown until her retirement. Janet was active in Faith Alliance Church in New Bremen and New Bremen Senior Citizens until her health no longer allowed her to participate in those activities. Janet also enjoyed sewing, playing cards, bowling, polka dancing, attending local concerts, watching the Reds on television and taking bus trips to Cincinnati to watch them play live. She was also very active with the board of elections in Auglaize County as a poll worker for many years. Janet is survived by her brother, David Lybarger of Ft. Wayne, Indiana; her children, LuAnne Shelby (James Gaskill) of Columbus, Ohio, Ned Koenig (fiancé Lee Price) and Lynn Koenig, all of New Bremen; and three grandchildren and four great grandchildren. Per her request there will be no public visitation or service. Graveside services will be held for the family at German Protestant Cemetery in New Bremen. In lieu of flowers, the family suggest memorial contributions be made to Faith Alliance Church, 06670 New Knoxville Ave., New Bremen, Ohio 45869. Cisco Funeral Homes of Celina & St. Marys are honored to care for Janet and her family. To pay your respects or leave online condolences or memories, visit www.ciscofuneralhome.com or visit Cisco Funeral Home Facebook page.

The family of Janet M. Koenig created this Life Tributes page to make it easy to share your memories.

Send flowers to the Koenig family.