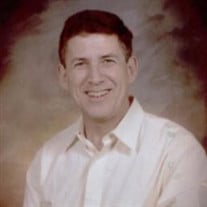 Jerrold “Woody” A. Roehm, age 67, of Celina, Ohio entered fully into the presence of the Lord on Wednesday, October 27, 2021 at Celina Manor Nursing Home. He was born January 10, 1954 in Dayton, Ohio. He is survived by his children, Kelli Renae (Christopher) Gray, Bradenton, Florida, Andrew (Aimee) Roehm, Dayton, Heather (Chad) Lefeld, Coldwater and Kyle Roehm, Coldwater; his mother, Marjorie (Riesinger) Roehm, Xenia; two brothers, Charles (Nancy) Roehm, Vashon, Washington, Richard (Debbie) Roehm, North Port, Florida and one sister, Brieta (Chet) Robbins, Cedarville; his former spouses, Sondra Roehm and Brenda Bryant (Mike) Wiles, Coldwater; and eight grandchildren, Bryce, Brynna, Nate, Beatrice, Peyton, Jacob, Ryder and Elliot. Preceded in death by his father, Leslie "Bill" Roehm. Woody was a 1972 graduate of Bellbrook High School in Bellbrook, Ohio and Greene County Career Center. He worked most of his life as a printing press operator and owned Woody’s Marine in Montezuma from 1997 – 2004. To say Woody liked boats would be an understatement; he loved boats and the adventures that always came with them. He enjoyed dancing and music, especially Jimmy Buffett, and was a member of the Parrot Head Club. Woody was a positive, kind, generous and loving person who would give you the shirt off his back if you needed it. He always believed in The Golden Rule of treating others the way you want to be treated. Private memorial services will be held at the convenience of the Roehm family. Memorial contributions can be made to Grace Methodist Church, Cape Coral, Florida, www.egracechurch.com/give Cisco Funeral Homes of Celina & St. Mary’s are honored to care for Jerrold and his family. To pay respects and to leave online condolences or memories, visit www.ciscofuneralhome.com.

The family of Jerrold "Woody" A. Roehm created this Life Tributes page to make it easy to share your memories.

Send flowers to the Roehm family.