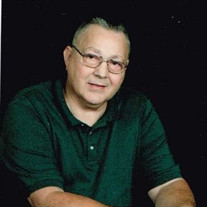 Larry R. Poor passed away on November 26, 2020 at 12:35 pm at the Miller Place in Celina at the age of 79. Larry was born on July 3, 1941 to the late Russell & Pauline (Hinton) Poor in Celina. He married Martha (Wolters) Poor, who preceded him in death. Larry is survived by his three daughters, Karen Poor of Findlay, Ohio, Kim (Sean) Marquardt of Fort Wayne, Indiana, and Kathie (Bryan) Bonahoom of Fishers, Indiana; three sons, Kent Poor of Celina, Ohio, Steve Poor of Springfield Ohio, and Rodney (Marla) Poor of Celina, Ohio; one grandchild, Geoffrey Marquardt of Fort Wayne, Indiana; and siblings, Paul (Susan) Poor of Celina, Robert (Sharon) Poor of Celina, and Gary (Mary) Poor of Versailles, Ohio. Larry was preceded in death by his parents, his wife, Martha Poor, and one sister, Connie Poor. Larry was a 1959 graduate of Celina High School. Larry proudly served his country in the Army National Guard and retired from the Goodyear Tire Company in St. Marys after forty years of employment. The love for his family and friends, being an avid bowler, and traveling were of upmost importance to Larry. He was a member of Immaculate Conception Catholic Church in Celina. Due to the National Health Concerns of COVID -19, Larry’s memorial service will be private. Burial will follow at Fairview Cemetery in Celina. Memorial contributions can be made to the State of the Heart Hospice and / or the Diabetes Foundation. Cisco Funeral Homes of Celina & St. Marys are honored to care for Larry and his family. To pay respects and to leave online condolences and memories, visit www.ciscofuneralhome.com or visit the Cisco Funeral Homes Facebook page.

The family of Larry R. Poor created this Life Tributes page to make it easy to share your memories.

Send flowers to the Poor family.