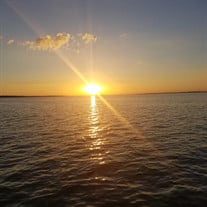 Leonard Russell Phillips Sr., age 88, of Celina, passed away at 12:50 pm, December 2, 2018, at Mercer Health, Coldwater. He was born January 3, 1930 to the late William and Rose (Etters) Phillips. On May 29, 1953 he married Mary Virginia (Stoll) Phillips, and she preceded him in death on January 19, 2010. Survivors are two sons, L. Russell Jr. Phillips, Celina, and Jerome L. Phillips, Celina; four grandchildren and nine great-grandchildren. Also preceded in death by a sister, Marge Adams; six brothers, Art, Lloyd, Howard, Lamar, Harry, and Robert Phillips; and a daughter-in-law, Carolyn Phillips. Leonard retired from New Idea in Coldwater after 44 years of service. Visitation hour will be from 2-4 pm on Tuesday, December 4, 2018 at Cisco Funeral Home in Celina. Funeral services will begin at 10:30 a.m. Wednesday in the Cisco Funeral Home, Celina; where the family will receive friends one hour prior to the service. Burial is at Mercer Memory Gardens, Celina. Contributions can be made to the State of the Heart Hospice, Coldwater, Ohio. Condolences can be left at www.ciscofuneralhome.com.

The family of Leonard Russell Phillips Sr. created this Life Tributes page to make it easy to share your memories.

Send flowers to the Phillips family.