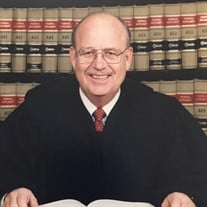 Mark V. Klosterman, age 89, of Celina, OH, passed away at his residence with his loving family by his side at 12:47 pm on August 4, 2019. He was born on May 11, 1930 in Celina to the late Aloys & Agnes (Gillig) Klosterman. On June 19, 1965, he married the love of his life, Diane (Weber) Klosterman, who survives at their residence in Celina. Mark was a loving father to four children, Kara Scott (Ben Price) of Bowmanstown PA, Kevin (Karen) Klosterman of Dublin, OH, Kip (Kristina) Klosterman of Blacklick, OH, and Kory (Marcella) Klosterman of Ft. Wayne, IN. He completely adored his six grandchildren: Garrett, Gabriel, Gavin, & Grant Scott, and Lucas & Lauren Klosterman. Mark was preceded in death by his siblings, Cyril “Cy” Klosterman and Rosella “Sally” Kessler. Mark was a 1948 graduate from I.C. High School in Celina and went on to attend the University of Detroit, where he graduated with honors and received his degree in Civil Engineering. He enlisted in the Navy and served as a Lieutenant with the Seabees Naval Construction Battalion in the Philippines. Later, he served on the staff of the Chief of Naval Air Training in Pensacola, FL. Upon release from the Navy, he was admitted to the Law School at the University of Michigan and began his career in Celina where he practiced for twenty-four years. Mark was elected Judge of the Common Pleas Court Probate – Juvenile Division in 1985. He served in that position for eighteen years until his retirement in 2003. Mark was a member of the Immaculate Conception Church, American Legion Post #210, VFW Post #5713, Celina Moose #1473, Celina Elks #2170 as well as numerous other boards and organizations. Mark was also a licensed pilot and enjoyed flying, water sports and travelling. Most importantly, he was a devoted husband and father, a fun-loving grandfather, and had many great friends. As our hearts ache for the physical loss of Mark, we find solace knowing that he is now with God. He is at peace, and for that, we are grateful. Mark’s family would like to thank the nurses and staff at the State of the Heart Hospice. A gathering of friends will take place at Cisco Funeral Home, Celina on Tuesday, August 6, 2019, from 3:00 pm – 7:00 pm. Immediately following the gathering, the Celina VFW and the Celina American Legion membership services will be held at 7:00 pm. Memorial Mass of Christian Burial and celebration of his life will begin at 10:30 am on Wednesday morning, August 7, 2019, in the Immaculate Conception Catholic Church, Celina Fr. Tim McFarland, C.PP.S. officiating. The family will receive friends from 9:00 am – 10:15 am prior to the memorial mass at Cisco Funeral Home, Celina. Burial will follow at St. Mary’s Catholic Cemetery, Celina, where military honors will be provided by the Celina American Legion Post #210 and Celina VFW Post #5713 Memorial contributions may be made to the Immaculate Conception Endowment Fund, to benefit I.C. School. Funeral services have been entrusted to Cisco Funeral Homes, Celina. Please leave condolences to the family at www.ciscofuneralhome.com

The family of Mark V. Klosterman created this Life Tributes page to make it easy to share your memories.

Send flowers to the Klosterman family.