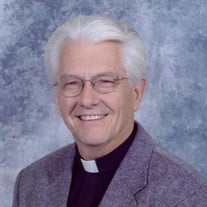 Pastor David Lloyd Rushton, age 71, of Celina, passed away surround by his family on Saturday, August 6, 2016 at 8:25 am. He was born November 20, 1944 in Anderson, IN to the late Lloyd and Mildred (Cornelius) Rushton. He is survived by a daughter, Elizabeth Rushton, Celina; a son Nathan (Holly) Rushton, Indianapolis, IN; first wife and mother of his children, Carol Heller; a sister, Beverly Trejo, Columbus, OH; and two grandchildren, Jordan and Colin Rushton. He was also preceded in death by a daughter, Stephanie Rushton; two brothers, Eugene and Philip Rushton; and a sister, Patricia Rector. David graduated from Lapel High School, Lapel IN, Manchester College, Manchester, IN, where he received his teaching degree and finally at age 35 he graduated from Trinity Lutheran Seminary, Columbus, OH, where he received his Master of Divinity. He started his career as an English teacher and went on to work as a designer and sales manager for Ethan Allen Furniture. He was then called to serve the Lord for the final chapter in his career. He served congregations in Lebanon, IN; Louisville, KY; Huntingburg, IN; Indianapolis, IN; and Toledo, OH, and after retiring he went on to serve as an interim pastor at St. Luke’s Lutheran Church in Lima and lastly at St. John Lutheran Church in Celina. He enjoyed jigsaw puzzles, crossword puzzles, painting, and visiting Gatlinburg, TN. He also loved spending time with his family and friends and playing with his three dogs. He will forever be remembered for his caring and love of all God’s people. Memorial services will begin at 11:00 am on Saturday, August 27, 2016, at St. John Lutheran Church, Celina with Pastor Jeffery Gramza, officiating and Pastor Douglas Meyer and Pastor Sharon Stonerock co-officiating; where the family will receive friends from 10:00 am – 11:00 am prior to the service at the church. Contributions can be made to the American Cancer Society. Arrangements have been entrusted to Cisco Funeral Home, Celina. Please leave a condolence to the family @ www.ciscofuneralhome.com

Pastor David Lloyd Rushton, age 71, of Celina, passed away surround by his family on Saturday, August 6, 2016 at 8:25 am. He was born November 20, 1944 in Anderson, IN to the late Lloyd and Mildred (Cornelius) Rushton.... View Obituary & Service Information

The family of Pastor David Lloyd Rushton created this Life Tributes page to make it easy to share your memories.

Send flowers to the Rushton family.