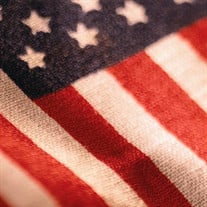 Rex D. Brookhart, 81, Celina, OH, passed away at his residence in Celina, on Tuesday, November 18, 2014 at 10:15 PM. He was born July 5, 1933 in Coldwater, OH, the son of Lawrence D. and June M. (Kerns) Brookhart, both preceded him in death. On September 19, 1953 he married Margie L. Thomas; she survives at the residence. He is also survived by his children: Adina (Eldon) Sell, Celina, Gaylene (Jon Scott) Deitsch, Celina, Alan Brookhart, Celina, Gina (Neil) Boeckman, Celina; a brother, Merl (Marjorie) Brookhart, Celina; two sisters, Orpha (Roland) Hinton, Celina, Emily Osterholt, Portland, IN, three sister-in-laws, Marcieta Brookhart, Eileen Brookhart and Betty Thomas all of Celina; 5 grandchildren, Lindsey and Brody Sell, Alyssa, Makena and Ethan Boeckman; and two step grandchildren, Jacob and Sarah Deitsch. He was preceded in death by four brothers, Gordon, Dane, Leon and Bryce Brookhart. Rex was a 1951 graduate of Coldwater High School. He served his country in the United States Army during the Korean War era. He spent his entire life working on the farm. He was a dedicated member of Landfair United Methodist Church in Celina. He was an active member teaching Sunday school for many years. Rex was a loving and dedicated husband and father. He enjoyed life, woodworking, telling a joke, spending time with his family and working on his farm. A gathering of family and friends will be held from 2 – 6 PM on Saturday, November 22, 2014, in the Cisco Funeral Home, Celina. Funeral services will be held at 2:00 PM on Sunday in the funeral home with Rev. Ken Lehman officiating and son-in-law Jon Scott Deitsch co officiating. The family will also receive friends one hour prior to the service. Burial will follow at Swamp College Cemetery in Celina. Military honors will be provided by the Celina American Legion Post 210. Memorial contribution can be made to The Gideons International. To send an on-line condolence to the family, visit www.ciscofuneralhome.com.

The family of Rex D. Brookhart created this Life Tributes page to make it easy to share your memories.

Send flowers to the Brookhart family.