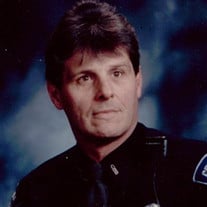 Ricki “Rick” H. Harner, age 67, of Celina, OH, passed away on Sunday, March 19, 2017 at 10:26 am at his residence in Celina. He was born April 17, 1949 in Celina to the late Fred and Mary (Wagner) Harner. On April 16, 2004 he married Linda Ballinger, and she survives at the residence in Celina. He is survived by his children, Ami (Craig) Jerew, Celina, Susan (James) Gray, Celina, Collin (Erin Mathew) Schmidt, Celina, Alysha (Dale) Ford, Celina, and Nathan Hans, Celina; two brothers, Randy (Cheryl) Harner, Crestline, OH, Gary (Donna) Harner, Titusville, FL; a sister, Jennifer (Larry) Dicke, Botkins, OH; father and mother-in-law, Bill (Grace) Ballinger, Celina; a brother and sister-in-law, Doug (Nancy) Ballinger, Celina; four grandchildren, Makaela Coutee, James Gray Jr., Rylie Leeann Ford, and Dale Lee Ford III; and one great grandson, Maddox Joshua Perry. Rick was also preceded in death by a grandson, Kaden William Rhoads; and a sister-in-law, Sue Ann Ballinger. He was a 1967 graduate of Celina Senior High School and a graduate of the Ohio State Highway Patrol Academy. He served his country in the United States Army during the Vietnam era. He was a retired police officer from the Celina Police department where he proudly served for 26 years. He was a life member of the Celina VFW Post # 5713. Rick enjoyed being a police officer, playing poker, wood working, and cooking. His family meant the world to him and he will be deeply missed by all. Visitation hours will be from 2 – 4 pm and 5 - 8 pm on Wednesday, March 22, 2017, in Cisco Funeral Home, Celina, with a prayer service by the Celina VFW and American Legion at 7:00 pm. Funeral services will begin at 10:30 am on Thursday morning in the Cisco Funeral Home, Celina, OH, with Pastor. Randy Christian officiating; the family will receive friends one hour prior to the funeral at the funeral home. Burial will follow at Mercer Memory Gardens, Celina, OH, with military honors by Celina VFW Post #5713 and American Legion Post #210, and Police Honors by the Celina Police Department Honor Guard. Contributions can be made to Shriners Hospitals and / or Animal Protection League of Mercer County. Please leave a condolence to the family @ www.ciscofuneralhome.com

The family of Ricki "Rick" H. Harner created this Life Tributes page to make it easy to share your memories.

Send flowers to the Harner family.