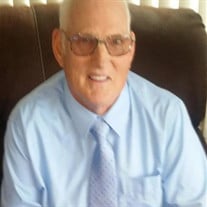 Ronald D. Ottomeier, age 75, Rockford, passed away at 10:55 p.m. May 26, 2019, at Mercy Health – St. Rita’s Medical Center, Lima. He was born January 20, 1944 in Spokane, WA. On January 21, 1997 he married Paulette (Lovelace) Ottomeier, and she survives at the residence. Surviving is his mother, Annette Franklin, Rockford; three sons, Sean (Deb) Stephens, Celina, Scott (Joan) Stephens, Celina, and Russell Ottomeier, ID; two daughters, Sheryle Sparks, KS, and Traci (Brad) Collins, KS; a brother, Bill (Brenda) Rossier, OR; a sister, Cheryl Sharipo, OR; twenty four grandchildren; and nine great grandchildren. Ron was a 1962 graduate of John Paul Rogers High School in Spokane, WA. He served his country in the United States Navy for two years and the United States Army for fourteen years during the Vietnam War Era. He retired from Tom’s Installation Company in Celina. He was a member of Aletheia Christian Church in Celina, DAV of Van Wert, and Celina VFW Post #5713. He enjoyed supporting the Wings-N-Wheels hockey program, where he served faithfully each week. Memorial services will be at 6:00 p.m. Thursday, May 30, 2019 at Aletheia Christian Church on the corner of Fairground and, Fleetfoot Rd, where the family will receive friends from 4:00 p.m. – 6:00 p.m. prior to the services. Military funeral honors will be presented at the conclusion of the memorial services at the church. Memorials may be made to Wings-N-Wheels Hockey Program. Condolences may be left at ciscofuneralhome.com.

The family of Ronald D. Ottomeier created this Life Tributes page to make it easy to share your memories.

Send flowers to the Ottomeier family.