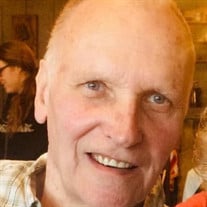 Ronald “Ron” K. Wichman, age 78, of Celina, passed away on June 15, 2021 at 3:57 pm at his home, with his loving family by his side. He was born on November 21, 1942 in Fort Wayne, Indiana, to the late Anthony & Ruth (Bergman) Wichman. On February 18, 1983, Ron married Joann (Palmer-Grant) Wichman, who survives at their residence in Celina. Ron was blessed with seven children: Terry Humphrey of Dayton, Ohio, Wendy (Chuck) Lawrence of Nappanee, Indiana, Teria (Mike) Prestarri of Niceville, Florida, Toni (Reese) Dorsey of Lakeland, Florida, Tabby Wichman-Kapp of Naples, Florida, Ronald Grant of Titusville, Florida, Steve Grant of Fort Wayne, Indiana; thirteen grandchildren, Joshua (Irina) Homan, Matthew (Nicole) Homan, Rachael (Loren) Gingerich, Tommy Prestarri, Roman Prestarri, Dominic Prestarri, Jalen Dorsey, Ryan Pickard, Andria (Shelby) Parrott, Mark (Amanda) Webb, Crystal (Nick) Stapleton, Zachary (Claire) Webb, Amalee (Chris) Houk; and thirty-nine great-grandchildren. Ron graduated in 1959 from South Side High School in Fort Wayne. In his earlier years, he was a truck driver to provide for his family and ministered as a pastor on the weekends. Ron went on to graduate from Destiny School of Ministry in Celina to become an ordained pastor and later a devoted Deacon. Ron retired from the United States Postal Service and pastored all of his adult life in a multitude of ways; he pastored with a willing heart and a smile on his face. Ron was a faithful member of the New Life Christian Center in Celina, as well as the Celina Moose Lodge #1473 and the Fraternal Order of Eagles #1291 in Celina. He was a past volunteer firefighter for Fort Wayne and a past volunteer EMS driver in Sun City, Florida. Ron loved and cherished his family, he enjoyed family gatherings, spending time with all of his children, grandchildren and great-grandchildren as well as spending time on the lake, boating or jet skiing. He also enjoyed sports cars, and dancing with his beautiful wife. A celebration of Ron’s life will be held on Thursday, June 24, 2021 at 2:00 pm at the New Life Christian Center in Celina. Memorial contributions in Ron’s name can be made to St. Jude’s Children’s Hospital and / or the Disabled Veterans Association. Cisco Funeral Homes of Celina & St. Marys are honored to care for Ron and his family. To pay respects and to leave online condolences or memories, visit www.ciscofuneralhome.com or Cisco Funeral Home Facebook page.

The family of Ronald "Ron" K. Wichman created this Life Tributes page to make it easy to share your memories.

Send flowers to the Wichman family.