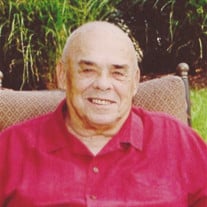 Ronald Smith, age 85, of Celina, Ohio and Neptune, Ohio passed away at 8:10am on Monday, October 6, 2014 at the Van Wert Inpatient Hospice Center. He was born on January 14, 1929 in Hopewell Township, Ohio. To the late Raymond & Ocie (Wurster)... View Obituary & Service Information

The family of Ronald Smith created this Life Tributes page to make it easy to share your memories.