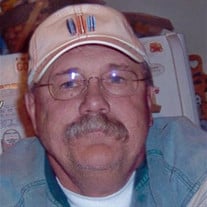 Thomas “Tom” E. Fleck, age 72, of Celina, Ohio, passed away on December 12, 2019 at 6:00 pm at Mercy Health St. Ritas Medical Center. He was born on July 17, 1947 in Celina to the late Harold & Doris (Homan) Fleck. On July 6, 1991 he married Carol Fleck who survives at their residence in Celina. Tom was a devoted and loving father to his four children, Craig Gariety of Celina, Amy (Jeremy) Brewster of Celina, Melissa (Scott) Shuster and Tammy (Daniel) Aeschliman. Surviving siblings include, Nancy (Don) Reed, Susan (Kale) Billings and Jerry (Pam) Fleck. Tom also leaves behind eleven grandchildren, three great grandchildren and many nieces and nephews. Tom was preceded in death by three infant siblings as well as brother, Danny Fleck and sister, Peggy Baucher. Tom was a graduate of Celina High School and went on to serve his country in the Vietnam War; Tom was a recipient of the Purple Heart. He was a life member of the Celina VFW Post #5713 and the American Legion Post #210; a member of Celina Moose Lodge #1473, and the Celina Eagles Post #1291. Tom attended the Celina First Church of God. Tom had many interests, which included spending time at local lodges, antique cars which included mostly hotrods, drag racing, metal works, trapping and hunting and most important to him was spending time with his family. Tom loved to talk, he was very outgoing, didn’t know a stranger and many said he was the biggest “bullshitter” they knew. Through his talking and conversations, he thought he knew it all, his daughter even calling him “Professor” as he was very particular and was a perfectionist. Tom extended his caring heart and generous spirit and continues to touch lives as he choose to be an organ and tissue donor. Visitation hours will be held on Monday, December 16, 2019 in Cisco Funeral Home, Celina from 2:00 pm – 8:00 pm. Funeral services will be on Tuesday, December 17, 2019 in Cisco Funeral Home, Celina at 10:30 am with Pastor Craig Flack & Pastor Tyler Watson officiating. Friends may call one hour prior to the service. Burial will follow at Mercer Memory Gardens where Military Rites will be provided by members of Celina American Legion Post #210 and VFW Post #5713. Memorial contributions can be given to the American Parkinson Disease Association: Hope in Progress. Please leave condolences to the family at www.ciscofuneralhome.com Funeral Services have been entrusted to Cisco Funeral Home.

The family of Thomas "Tom" E. Fleck created this Life Tributes page to make it easy to share your memories.

Send flowers to the Fleck family.