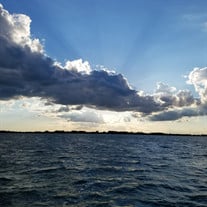 V. Leon Shaner, age 93, of Celina, Ohio, passed away at 12:55 am, August 18, 2018, at the Gardens in Celina. He was born June 27, 1925 in Celina to the late Clay and Bessie (Miller) Shaner. On February 16, 1952 he married Laurie R. (Dicke) Shaner and she preceded him in death on September 24, 2013. Survivors include a daughter, Gwen (David) Howell, Celina; two sons, Grady (Diane) Shaner, St. Marys, and Kent (Karen) Shaner, Maria Stein; a sister, Virginia Brehm, Rockford; grandchildren, Leah (Curt) Cramer, Derek (Lacy) Howell, Grant (Stephanie) Shaner, Marcy (Vince) Stanger, Kyle Shaner, and Kristi Shaner; and seven great grandchildren. Preceded in death by two sisters, Thelma Grunden, and Alice Curts; three brothers, Jay, Louis, and Boyd Shaner; father and mother-in-law, Alvin and Laura Dicke; and two brothers-in-law, Ralph (Lavon) Dicke, and Wilton (Helen) Dicke. Leon was a 1944 graduate of Celina Senior High School. He retired from Celina Insurance Group after 40 plus years of service. He served 20 years with Laurie as caretaker for the Mercer County 4-H camp and also played an instrumental role in building and operating the Padlock Inn Store and Lock in St. Marys. He was a member of Grand Lake United Methodist Church in Celina, and Celina Eagles Lodge #1291. He enjoyed bowling, golfing, fishing, and watching all sports. He loved spending time with his family and friends and will be deeply missed by them all. Visitation hours will be from 3:00 pm – 7:00 pm on Thursday, August 23, 2018, in Cisco Funeral Home, Celina. Funeral services will begin at 10:30 am on Friday, August 24, 2018 in Cisco Funeral Home, Celina, with Rev. Matt Overman officiating; where the family will receive friends from 10:00 am – 10:30 am prior to the start of the funeral. Burial will follow at Mercer Memory Gardens in Celina. Memorial contributions can be made to Celina Park and Recreation Youth Programs. Condolences can be left at www.ciscofuneralhome.com.

The family of V. Leon Shaner created this Life Tributes page to make it easy to share your memories.

Send flowers to the Shaner family.