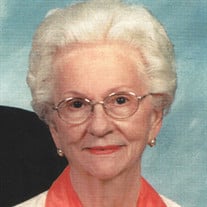 Vera M. Winkeljohn, age 91, passed away at 3:00 a.m. on Monday, October 17, 2016 at The Laurels of Shane Hill, Rockford Ohio. She was born June 10, 1925, in St. Henry to Bernard and Rosa Boeckman Wimmers. On June 22, 1946, she married Donald Winkeljohn, who died on April 29, 2012. Survivors include her daughter, Judy (Doug) Hole, Rockford; two sons, David (Cindy) Winkeljohn, Argyle, Texas, and Neal (Gini) Winkeljohn, Fostoria, Ohio, nine grandchildren and seven great grandchildren, and two sisters-in-law Dorothy Winkeljohn, Dayton, and Rita Poindexter of Cottonwood, Arizona. She was preceded in death by her parents, husband, son, Chris Winkeljohn, infant son, James Winkeljohn, brothers, Mark, Alfred, Victor, Leo and sisters, Bernadette Wimmers, Helen Wimmers, Mary Budde, and Rose Cron; brothers-in-law John Cron, Fred Budde, Dick Widmaier, Jim Poindexter and Mark Winkeljohn; sisters-in-law Mary Ellen, Martha, and Sister Roseann Winkeljohn, Jane Widmaier, Delores Wimmers and Edna Wimmers. Vera was a member of the Immaculate Conception Catholic Church, Celina, and its Alter Rosary Society and Resurrection Choir. She volunteered in the Gift Shop of Coldwater Community Hospital, and gave of her time hand crafting over 5000 rosaries for the missions. Vera was devout in her faith and especially in her love of the Holy Trinity and our Blessed Mother. In her earlier years, Vera played women’s fast-pitch softball and continued her love of sports by participating in bowling and golf leagues and always rooting for the Cincinnati Reds, Bengals, IC Spartans and Celina Bulldogs. She worked for many years at Gibbons Hospital, Celina Group, and in the cafeteria at Celina High School. Vera will be remembered for her twinkly eyes when she laughed and her fabulous pies, especially her cherry pie. She loved to play cards with her friends and family and was happiest when surrounded by the love and laughter of her family. A Mass of Christian Burial will be held at 10:30 am on Friday, October 21, 2016 at The Immaculate Conception Catholic church in Celina, with father Kenneth Alt C.PP.S. officiating. The family will receive friends one hour prior to the funeral mass at the funeral home. Burial will follow at a later date in St. Marys Catholic Cemetery. Calling is 2-4 and 6-8 pm on Thursday at Cisco Funeral Home, Celina. Memorials may be made to The St. Vincent de Paul Society.

The family of Vera M. Winkeljohn created this Life Tributes page to make it easy to share your memories.

Send flowers to the Winkeljohn family.