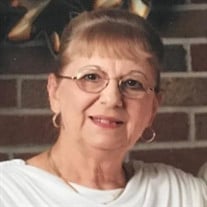 Wilma M Ralston, 92, of Celina, OH, died at 3:30 PM, January 29, 2017 at The Laurels of Shane Hill, Rockford, OH. She was born April 10, 1924 in Rockford, OH to the late Everett and Mary (Brookhart) Barker. On June 8, 1947 she married Darrell Ralston who proceeded her in death. Survivors include daughter, Mary (Greg) Schumm, St.Marys and three grandsons and their families, Dr. Jeremiah (Michelle) Schumm, Jason (Kate) Schumm) and Joel (Cassie) Schumm; and six great grandchildren, Henry, Maggie, Presley, Elijah, Hayden, Bennett. Wilma was the 1942 valedictorian of Rockford High School. She received her B.S. in music education from The Ohio State University, later earning her Master’s degree in education from Wright State University. Her career began at Pioneer, Ohio where she taught band and choir. She also taught music at Mendon and Rockford, finishing her 35 year career at St. Henry Schools. She was also a Sunday school and Bible school teacher. Her professional accomplishments included president of the Mercer County Family Crisis Network, president of St. Henry Education Association, president of Grand Lake Uniserve and member of the Mercer County Democratic women. For many years she sang in the Messiah, Requium, Creation and Elijah at Berne, Indiana. She was a church choir director and piano teacher. Her musical talent was a great influence on her family. Wilma appreciated the arts, often attending the Shakespeare Festival in Stratford Canada. She was a frequent visitor at art museums, theater and concerts. Wilma and Darrell were excellent ballroom dancers. Wilma also enjoyed scrapbooking. Wilma was an avid Buckeye fan to the end. Once when traveling to the Rose Bowl, she met Woody Hayes on the plane and got his autograph on her football purse. Wilma was a non-conforming feminist. Her family will miss her wit, wisdom and spunky attitude. A celebration of life service will begin at 4:00 pm on Saturday, April 22, 2017 in the Cisco Funeral Home, St. Marys with Rev. Tom Brunstrup, officiating; where the family will receive friends from 2 – 4 pm prior to the service at the funeral home. Contributions can be made to State of the Heart Hospice, 230 W Main St, Coldwater, OH 45828. Please leave a condolence to the family @ www.ciscofuneralhome.com

The family of Wilma M. Ralston created this Life Tributes page to make it easy to share your memories.

Send flowers to the Ralston family.